Blog - Latest News
You are here: Home1 / Wordpress2 / WordPress in 2016: what to expect from the CMS

A year ago was published an article about what to expect from WordPress in 2015. If you go back, you can only rejoice as how this article materialized. Forecasts were for the most part accurate, however, have been implemented in different ways.

In retrospect, we can see the following: 2015 was quite productive year for the WordPress engine and its core. We have seen that the WordPress user audience overcomeв the barrier of 25% of the entire network (compared with Drupal, which has only a one tenth of this). WordPress also boasts grandiose achievements, such as the introduction of adaptive image and REST API. The ecosystem created around the of the engine, also prospered in 2015; we have seen the acquisition of WooCommerce by Automattic – a deal that on hearings cost $30 million. Storage WordPress.org expanded to 40,000 plug-ins, the total amount of which exceeded one billion downloads. It goes without saying that WordPress now has a wonderful impetus to move forward.

So, what’s next? On which we will focus our energy in 2016? Comments, feedback and other suggestions are welcome.

JavaScript, not so fast

“Learn JavaScript deeper” – this phrase actively went to the sidelines after a the «State of the Word» General Director’s speech at WordCamp US. We believe that this is excellent advice, but JS is so vast that you should find the right entry point. The company’s Human Made believe that the REST API with JavaScript frontend library (such as React) is the future of many websites and advanced Web applications. The downside is that this type of installations is not yet suitable for small websites and service providers (the overwhelming majority of WordPress-assemblies). Let’s take a site «A Day of REST» as an example. It was built based on the REST API / React, and its code is open to all comers.

This is just another site, but there are ongoing daily talks about his development, which a little different due to the use of non-standard assembly.

From the developers’ talk:

Considering all the above, it should be noted that JavaScript is still contains a certain value and importance. Even if we leave aside the REST API, you must have at least some knowledge. Websites are no longer static page: they are live canvas. Sharp or unexpected crossings between different states are no longer working. Customers are waiting for smooth transition of the site, not only for navigation but also for the understanding of the current experience of interaction (and here we mean not only «slideToggle»). Microinteractions becoming increasingly important – for them is often used JavaScript and jQuery (also used libraries, such as Velocity.js).

Looking for guidance? Look JavaScript WP Master Course. Programmers of Human Made are working on numerous projects using the REST API and JavaScript, Nomadbase, FrontKit for WordPress, as well as the replacement of the P2.

In 2012 it was written an article for WP Candy about Happytables, where has been mentioned about the active appearance of web-builders – users or keen to, or focused on profits that collect server assembly, premium themes, and a set of plug-ins in what is called ” Web design”. At the same time, (and similarly) advance of digital cameras shook the scope of photography; amateurs, suddenly bought “professional” cameras, brought down the prices and therefore began competing with photographers that have existed previously. However, all this has led to positive results, and the same thing happened with web design (although digital photography is now complaining about our smartphones).

With the growth of this industry, we even more often confront with many assemblers, as customers seek the best solutions from different sides of the spectrum. On the one hand, we have Squarespace, Wix, Shopify Builder and other sites, designed and developed enough. We have noted growing competition from Builder sites for restaurants, Happytables. Experience of interaction, product features and price levels – all combined together to create a more pleasant and user-friendly platform, aimed at users with basic requirements.

WordPress still comes with an interesting pattern called sidebar.php. This leads to erroneous expectations, because the human impression that:

2) its visual representation needs to be like a typical sidebar.

Even the «Underscores», my favorite starting theme, still comes with this template. However, it is – already outdated approach. During these years became apparent the transition from the development of individual pages to a more modular approach. Starbucks popularized style guidance, Bootstrap was released, even appeared an atomic Web design. It came down to component design (although Polymer isn’t used any projects). The modular approach is reflected in our instruments (for example, best practice or SCSS React components). In 2016 this thinking has spread even stronger through ecosystem WordPress.

In 2015 we saw the first WordCamp US. These growing activities along with a new section on Meetup.com is a significant push to centralize the community around the organizations (that according to my predictions must have happened in the past year). In our opinion, it is available for all events related to open source – it’s a great idea, as long as WordPress is a suitable ground for this. Ideally, we would not vote for the property right on the part of the organization and its involvement in such a detailed level (Meetup.com group). However, we understand the motivation that lies behind this decision.

There are many other different areas related to WordPress, which we haven’t touched in the current article. We would like to hear your opinions on this subject!

This year should be significant for WordPress!

We are Sydney based Web Development Company specialise in WordPress and Magento Web Development. We have highly experienced WordPress developer, Magento developer, WooCommerce developer and WordPress plugin developer in our team. Our company can handle projects of any size or complexity. We also offer cheap web design, small business web design and ecommerce website design packages to keeps your overall website costs down. 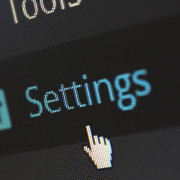 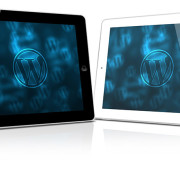 Is WordPress Really the Best CMS for Small Businesses? 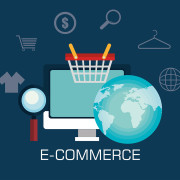 Magento Ecommerce: 6 Super Tools That Can Power Up Your Magento Store 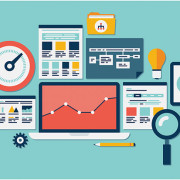 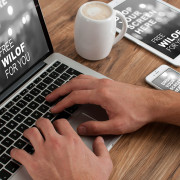 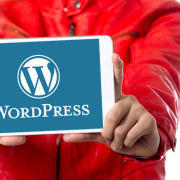 The ultimate guide to wordpress 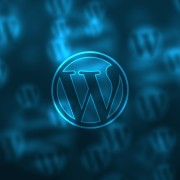 Is WordPress Really the Best CMS for Small Businesses?
Scroll to top